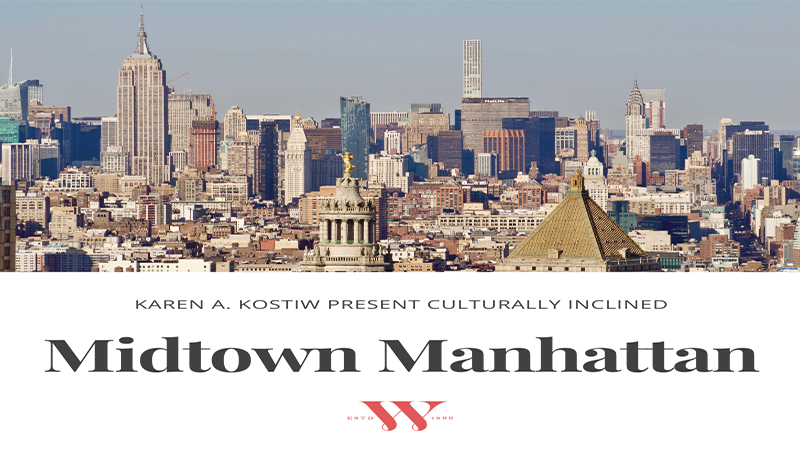 New York City’s mild weather patterns for January and February are more reminiscent of spring than winter.  Consequently, the trees and flowers are fooled so their buds emerged earlier than expected. I recently read Richard Powers Pulitzer Prize-winning novel The Overstory.  This epic story is about the wonderful life and alarming death of trees and their deep connection to human life.  The City’s green spaces and this novel broaden my thoughts. What actions can be taken for a healthier more respectful life within the City?

“There’s a Chinese saying. ‘When is the best time to plant a tree? Twenty years ago.’ ”
The Chinese engineer smiles. “Good one.”
” ‘When is the next best time? Now.’ ”
“Ah! Okay!” The smile turns real. Until today, he has never planted anything.

But now, that next best of times are long, and rewrites everything.”

The New York Parks Department states there are three primary benefits of an urban forest:  Environmental, Economic and Social.  Accordingly, “Trees enrich and improve our environment and dramatically increase the overall quality of life.  Thereby, tree care and stewardship are the next critical steps to ensuring the survival of our urban forest. Our urban forest totals over 5 million trees and 168 species.  In brief, Trees are found throughout the city along the streets. They are on highways, neighborhood playgrounds, backyards, community gardens, and even along with commercial developments.

Recently, the World Business Council for Sustainable Development cited a study by the United Nations Environment Program (UNEP). The study advocates for planting trees and increasing topsoil.  This is the preferable method of combating global climate change. In short, soil and trees effectively store carbon dioxide and other pollutants. Ecosystems have been proven to play an essential role in climate mitigation.

This month’s Culturally Inclined highlights Midtown’s hidden treasures.  For example, shop around Rockefeller Center while admiring the outdoor art. Take some dance classes to burn some calories and have some fun.  Some close friends meet up at an intimate music venue from Russian folk, classic rock, and jazz. Stop by for a respite from the days’ activities at one of the architectural hotel jewels from the bygone gilded age. Dine at a Michelin Star power lunch hot-spots.  And take a whirl around the specialized art galleries while enjoying the history of some of the World’s tallest building.

Dream properties purchased this year represents 1% of the overall Midtown market are the following 3 properties:

$22,650,000.  A residential skyscraper at 57th Street and Park Avenue overlooking Central Park.  The 1,396-foot-tall (425.5 m) tower was developed by CIM Group and Harry B. Macklowe.  Designed by Rafael Viñoly.  The building features 125 condominiums, as well as, amenities such as a private restaurant for residents. 432 Park Avenue sits on Billionaires’ Row and has some of the most expensive residences in the city.

One57, formerly known as Carnegie 57 is a 75-story, 1,005-foot (306 m) supertall skyscraper along Billionaires Row.   The building has 92 condominium units on top of a new Park Hyatt Hotel with 210 rooms.  The flagship Hyatt property. The tower, developed by Extell Development Company and designed by Christian de Portzamparc.

This building was known as the MoMA Expansion Tower, and 53 West 53rd Street.  Formerly known as Tower Verre is a supertall skyscraper adjacent to the Museum of Modern Art.  Designed by Pritzker Prize-winning architect Jean Nouvel. Behind its striking façade are impeccably detailed 145 residences designed by renowned interior architect Thierry Despont.

Midtown’s skyline is changing dramatically with a number of tall skyscrapers continue to rise.  There are initiatives underway to reduce pedestrian-vehicular conflicts and congestion to improve safety.  And, to provide access and convenience in the urban environment.

Midtown’s Durst Property One Five One (151 West 42nd Street) is the most recognized buildings around the world.  This building is the nation’s first “green skyscraper”.   Tower Fifth – 5 West 51st will rank as the second tallest building.  Not only in New York but in the Western Hemisphere. Climbing 1,556 feet above Manhattan. The 1.3-million-gross-square-foot tower creates a new paradigm for how a super tall structure meets the street. And, interacts with its neighbors. Tower Fifth will have “the city’s tallest observatory. Visitors will be able to dive down a transparent, 60-foot corkscrew slide,” per the New York Times.

Skyscraper in Midtown Ranking by Height

Traverse the Midtown landscape and take the opportunity to uncover the special gems.  Whether from the past, present, and the future on its way.  The list below provides a list of Midtown skyscrapers ranking by height.

Quotes from The Overstory

“We found that trees could communicate, over the air and through their roots. Common sense hooted us down. We found that trees take care of each other. Collective science dismissed the idea. Outsiders discovered how seeds remember the seasons of their childhood and set buds accordingly. Outsiders discovered that trees sense the presence of other nearby life. That a tree learns to save water. That trees feed their young. Synchronize their masts.   Bank resources.  Warn kin and send out signals to wasps to come and save them from attacks.

“Here’s a little outsider information, and you can wait for it to be confirmed. A forest knows things. They wire themselves up underground. There are brains down there, ones our own brains aren’t shaped to see. Root plasticity, solving problems and making decisions. Fungal synapses. What else do you want to call it?  Link enough trees together, and a forest grows aware.” ― Richard Powers, The Overstory

“The Greeks had a word, xenia—guest friendship.  A command to take care of traveling strangers.  To open your door to whoever is out there.  Because anyone passing by,  far from home, might be God. Ovid tells the story of two immortals who came to Earth in disguise to cleanse the sickened world. No one would let them in but one old couple, Baucis and Philemon. And their reward for opening their door to strangers was to live on after death as trees.  An oak and a linden—huge and gracious and intertwined. What we care for, we will grow to resemble.  And what we resemble will hold us, when we are us no longer. . . .” ― Richard Powers, The Overstory

Click on tiles and Hyperlinks for further information.
Don’t forget to click on the pictures to learn more about each event.

The Warburg Way is best encapsulated in Fred’s blog article “At Your Serve“.   Tell your friends and family I am on duty.  Here to help with their home purchase, selling plans, and any questions.  I recognize that being entrusted with a client’s listing or new home search is a significant responsibility. My goal is to build relationships with integrity through the deployment of experience and expertise.

"Karen was very responsive and helpful throughout the home purchase process for my wife and I. She was readily available to chat when needed, took care of answering our questions (or pointing us in the... continued"
- Carl & Amy
View All