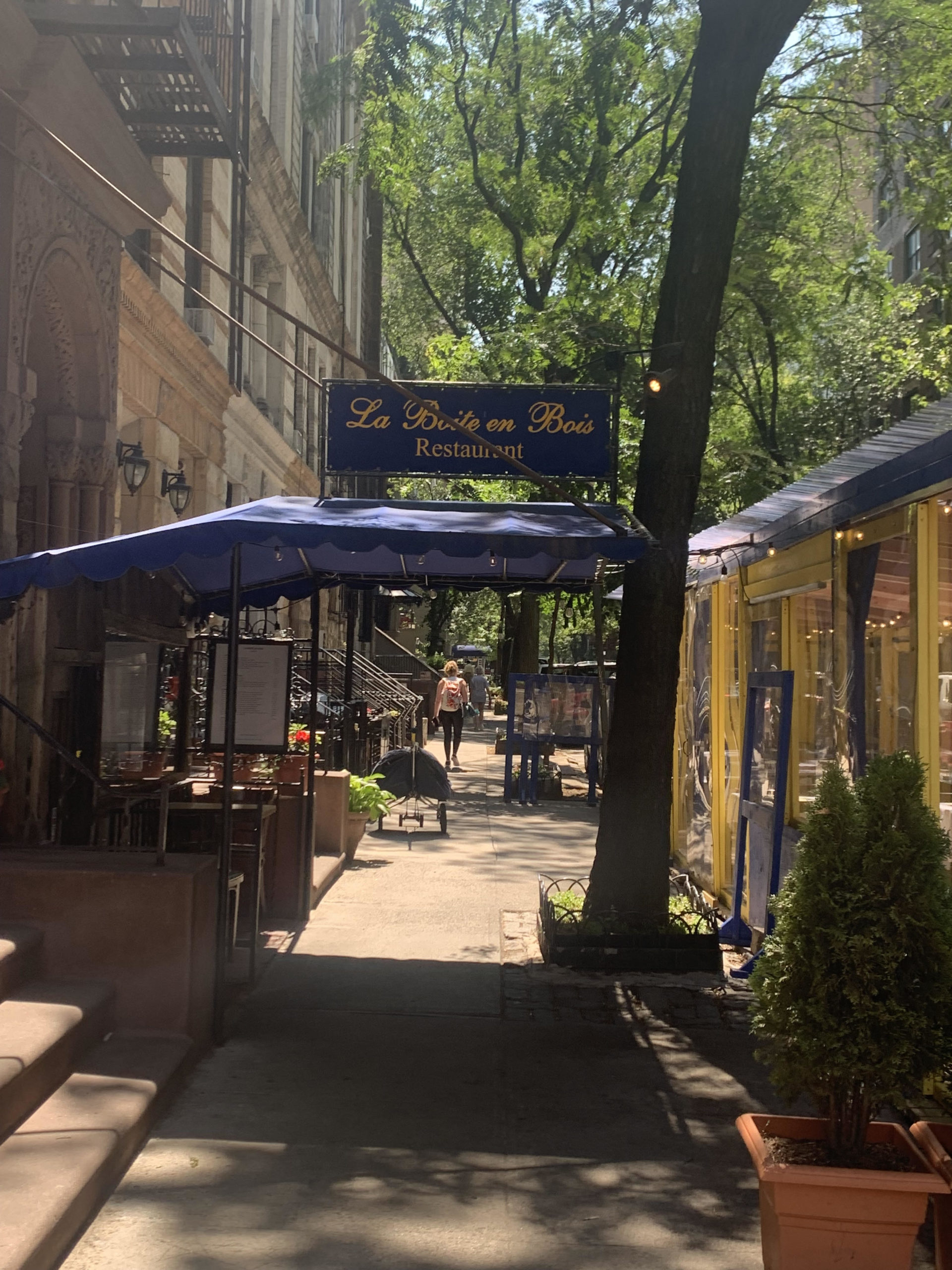 This month, Culturally Inclined, is about the Upper West Side (UWS).  The UWS comprises a collection of neighborhoods:  Lincoln Square (58th to 70th Streets), the heart of the Upper West Side (71st to 96th Streets), Manhattan Valley (96th to 110th Streets), and Morningside Heights (110th to 125th Streets).  Dreaming of summer, frolicking on the Upper West Side is the perfect spot. Renowned for some of New York City’s most beloved parks, including Central Park, Riverside Park, and Morning Side Park.  This year marks the 200th anniversary of the birth of Frederick Law Olmsted (1822-1903).  He is the preeminent innovative landscape architect who co-designed these amazing landscapes.

In Central Park, enjoy the Public theater’s Shakespeare in the Park, picnic under the stars while listening to the New York Philharmonic, MET Opera concerts, and other musical features on the Great Lawn.  The Harlem Meer, Summer Stage, the Naumburg Bandshell, and the Great Hill are all majestic settings to sit back and enjoy a free concert with friends. Discover Seneca Village, the largest community of free African-American property owners in pre–Civil War New York.  At the Loeb Boat House, take a ride in an authentic Venitian Gondola and then dine at the nearby lakeside Boathouse cafe or the Tavern on the Green.

Fishing is relaxing and meditative and helps you slow down and enjoy your surrounding.  Consider partaking in one of the fishing tours at the Harlem Meer.  Additionally, the Central Park Conservancy offers so many personalized tours of Central Park’s monuments and statues, native plants, and animals.  Walk through the Rambles, a 36-acre woodland landscape Coined the “wild garden” by Central Park co-designer Frederick Law Olmsted. Be transported to another world. The Bow Bridge spans 60 feet across Central Park Lake.  The bridge connects Cherry Hill and the Ramble. You will not even know you are in New York City.

Central Park’s Full 6.2 mile Loop is the quintessential NYC bike ride, rollerblading, or running path along the park’s perimeter. And, for shorter runs, the favorite spot is a 1.58-mile run along a dirt path of the Reservoir.  Central Park’s bridle path is more than six miles long and encircles the Reservoir as well as the North Meadow.  Additionally, horseback riding enthusiasts can enjoy this path year-round.

While you can spend all year in Central Park, Riverside Park along the Hudson is a draw too.  Dine along the Hudson at Ellington in the Park, pier-i-cafe, Baylander, and other eateries. Within Riverside Park, amongst nature, there is dancing, theater, programs for kids, and stargazing too. Not to mention barbecuing areas, running tracks, tennis courts, baseball fields, dog-friendly areas, kayak/canoeing, skate parks, and so much more.  The terrain is scenic and enjoyable to meander the paths, hang out, and sunbathe.

Morningside Park, built on a steep incline, takes its name from the eastern side (where the sun rises) of the rugged cliff of Manhattan schist.  the Manhattan schist separates Morningside Heights on the west from the Harlem Plain to the east. The area is formerly known as Muscoota (“flat place” or “plain”) to the Native Americans in the Harlem Plain. Vredendal (Peaceful Dale) to 17th-century Dutch settlers. As well as Vandewater Heights after the Dutch landowner who acquired property here in 1738. Morningside Park’s multiple playgrounds nestle at the bottom of its cliff-like hillside, and visitors pause along its heights to take in a unique view. Winding paths bordered with flowers and trees lead to a cascading waterfall, across from which local teams play on its baseball fields. 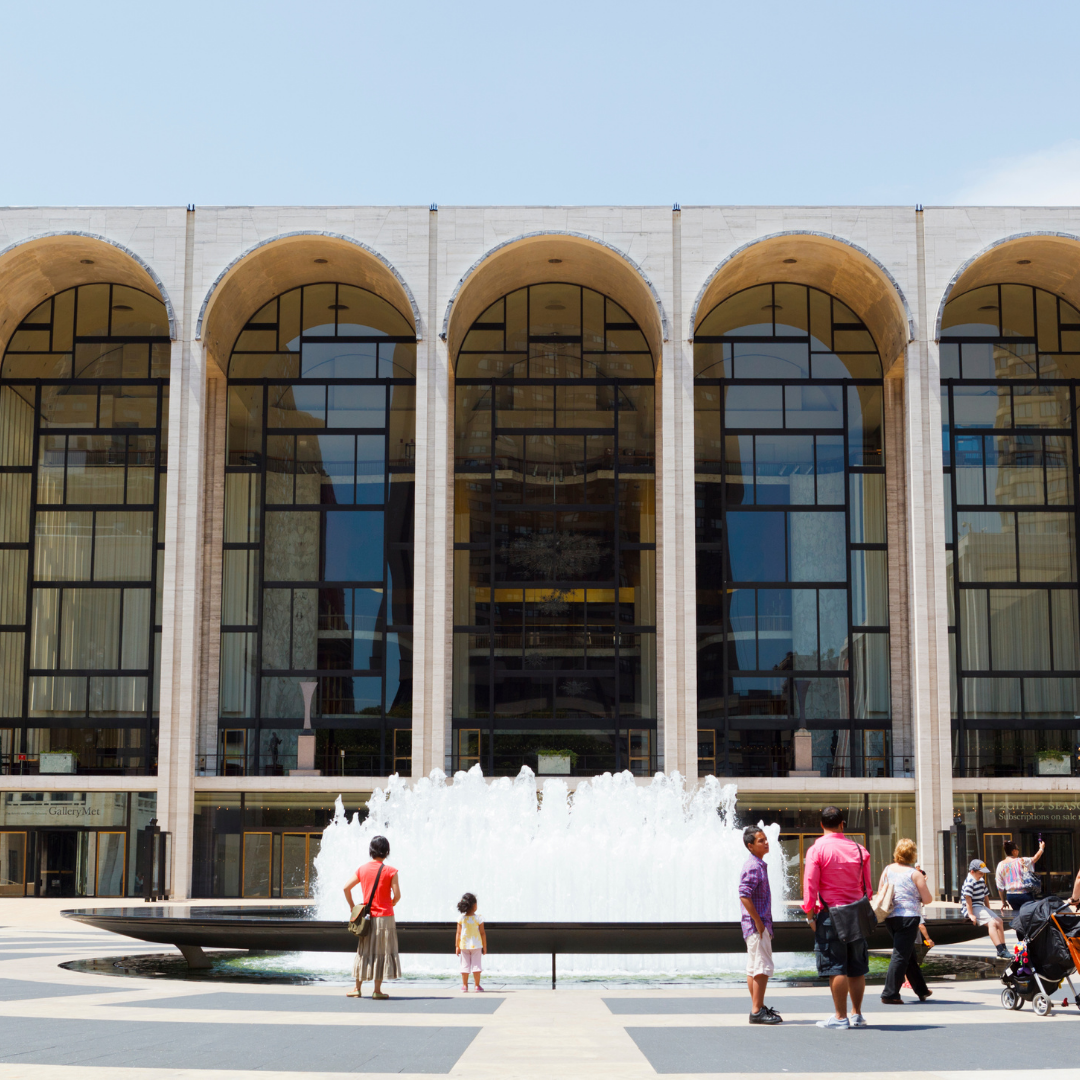 Another classic site Lincoln Center has free summer social dance events. Besides the summer dance floor, explore this summer The Oasis, an Outdoor Cinema at Hearst Plaza, and an underground Speakeasy bar and performance space hosting comedy, poetry, jazz, and more. With over 300 events, ten stages, and a variety of genres, where you will find something you love that speaks to you directly.

The exciting news is The Museum of Natural History is progressing.  Click on the link to view recent renderings expected to be completed sometime this year. The new Richard Gilder Center for Science, Education, and Innovation designed by Jeanne Gang of Studio, Ralph Appelbaum Associates is designing the exhibition experiences, and the landscape architecture firm is Reed Hilderbrand.

Now, in a world that has been transformed by the mounting dangers of climate change and the coronavirus pandemic, that concern has become ever more pressing, Futter said, and it has informed the construction of the museum’s $431 million Richard Gilder Center for Science, Education and Innovation, the finer details of which were unveiled on Monday, along with a new opening date of next winter.

“It’s only become more intensified and urgent in a post-truth world where we also have acute threats to human health in the form of the pandemic and to the environment,” Futter said in an interview. “At the same time, we have a crisis in science literacy and education in this country and we have denial of science.

“This is a building for our time,” Futter said of the 230,000-square-foot structure that is visibly taking shape along Columbus Avenue near West 79th Street. She added that it “speaks to some of the greatest issues before us as a society, as a natural world.”…

Demonstrating that the natural history museum goes well beyond dioramas, Futter added that the new building makes the point that academic study can lead to concrete solutions.

“Science is predicated on observation, testing, proving — scientists don’t make things up — and it should be trusted,” she said. “Look what’s just happened in this pandemic: scientific research has come up with the tools for vaccinations.”– Ellen V. Futter