Manhattan Market supply is underwhelming, and we should begin to see a seasonal trend downward as we move into the holidays.  Supply has risen slightly for the week of October 21st and stands at 7,748.  Pending Sales are down almost 2%; 2,714.

The market pulse measuring the ratio of supply and demand seems to be evidencing the beginning of the buy-side leverage peaking.  We are looking for evidence that the bottom has been reached, and the curve is beginning to turn in a “hockey stick” formation before the curve heads upward.  The weekly contract signed of “215” demonstrates a bump in deal volume.  We will watch to see if this continues. This is the biggest week since July, demonstrating over 200 contracts signed.

The 30-year fixed-rate mortgage continues to remain just shy of seven percent and is adversely impacting the housing market in the form of declining demand. Additionally, homebuilder confidence has dropped to half what it was just six months ago and construction, particularly single-family residential construction, continues to slow down. 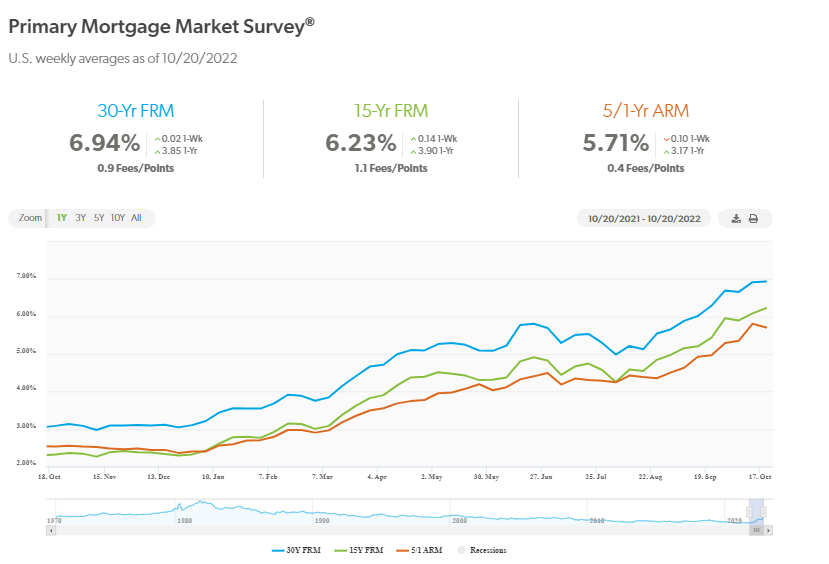 Activity above $4M was also fairly steady, with 7 new deals compared to 8 the week before. The average luxury asking price was significantly higher at $8,791,428 (+40%)

There were 30 signed contracts at $4 million and above this past week. The second-straight week of robust sales, which totaled $211,246,989. A rebound from a 3-week slide in sales.

The top 2 sales were in buildings designed by Robert A.M. Stern located on the UES and Downtown.

New York City by the Numbers

"Karen was a great agent for a first time homebuyer in NYC. She helped me go through the process (including coop board approval) extremely quickly, I was in my lovely new apartment in no time. She is very... continued"
- Eric
View All