Take a deep breath!  Halloween marks 51 days until winter and 61 days remaining in the year. Halloween’s Waning Gibbous Moon creates the eerie ambiance for the Halloween festivities.  Around the corner is New York City Marathon and Day Light Savings where our clocks and watches fall back both on Sunday, November 4th. And then, the race to the holiday season begins.

This month’s edition of Culturally Inclined focuses on the Upper East Side (UES). This area continues to be the most sought after neighborhood with its access and promenade views of Central Park & the East River, historical hotels, award-winning restaurants, and unrivaled collection of museums and significant cultural institutions both secular and religious. UES also boasts an array of both private, charter, and public schools.  Autumn’s cool crisp weather is an ideal time to traverse the shops on Fifth and Madison Avenue, pop into one of the many cultural institutions along the museum mile and step back in time while having high-tea at one of the elegant establishments: King’s Carriage House, Pembroke Room in the Lowell Hotel, the Gallery at the Carlyle Hotel.

The UES boundaries are between Central Park and Fifth Avenue to the west, and the East River to the east, 59th Street to the south, and 96th Street to the north.  Within those boundaries lies the neighborhoods of Carnegie Hill, Lenox Hill, and Yorkville. The UES has seven historic districts within its boundaries:  1. Carnegie Hill, 2. Henderson Place, 3. Metropolitan Museum, 4. Park Avenue, 5. Treadmill Farm, 6. Upper East Side, 7.  Hardenbergh/Rhinelander and over 129 Landmarks.

Prior to the formation of the 1811 street grid and the advent of 1837 Harlem Rail Road the Upper East Side was the heart of rural farmlands, the famed Hamilton Square, and market gardens district. Time has preserved some of the Civil war-era clapboard houses including some spirits.  Rapidly the rural lands were sold off and turned into blocks of row houses for the middle and working-class immigrants. The planned development of Central Park and Fifth Avenue had been given much “care and consideration” by Olmsted and Vaux.  The design and grandeur enticed the wealthy to move northward and build the grand Gilded Age mansions.

The Upper East Side was once so full of fancy mansions that a stretch of Fifth Avenue was dubbed “Millionaire’s Row.” In the 1800s, Fifth Avenue was fully lined with mansions, the range of which stretched from Washington Square Park to the Upper East Side. Most of these opulent homes—belonging to big names like Astor and the omnipresent Vanderbilts—have since been demolished, but a chunk of them still exist today. The Payne Whitney House at 972 Fifth Avenue is now home to the Cultural Services of the French Embassy. The Harry F. Sinclair House at 2 East 79th Street is the Ukrainian Institute of America.

Then, of course, there are the mansions that have since been turned into world-famous museums and art galleries. Henry Clay Frick’s former mansion at 70th and Fifth is now The Frick Collection, complete with three Vermeers and a bowling alley. Museum Mile, which replaced the uppermost strip of Millionaire’s Row, most recently boasted the now-closed National Academy Museum and School of Fine Arts inside an 89th Street mansion that once belonged to sculptor Anna Hyatt Huntington and Archer Milton Huntington. The Cooper-Hewitt National Museum of Design is located inside Andrew Carnegie’s old digs at 91st Street. The Jewish Museum at 92nd Street was once home to philanthropist Felix M. Warburg. – Gothamist

The Upper East Side’s name was codified in 1896 during the Gilded Age, the same year the Real Estate Board of New York (REBNY) trade association was created that lobbies on behalf of the real estate industry, and the foundational roots of Warburg Realty. Our heritage is part of the City’s cultural fabric.

Fred Peters’s own family has a long storied lineage in New York City.  His great grandfather was the prominent Felix M. Warburg, German-born American Banker partner in Kuhn, Loeb & Co, and philanthropist married to Frieda Schiff daughter of Jacob Henry Schiff, banker philanthropy. They lived in the Warburg Mansion in New York’s Upper East Side and was donated by his widow and today houses the Jewish Museum.  Mr. and Mrs. Felix M. Warburg was an integral founder of the 92nd Street Y; donating the Heinsheimer Memorial Annex.  Fred Peter’s Grandmother was Carola Warburg who married Walter N. Rothschild, chairman of the board of Abraham & Straus and founder of the Federated Department Stores.  Fred’s mother was Phyllis Frederica Rothschild who married Carl Brooks Peters who covered the outbreak of World War II from Berlin for The New York Times that helped the paper win a Pulitzer Prize for foreign reporting in 1941. The Warburg family have a history through the decades as advocates and benefactors for the arts, civil rights, and disadvantaged.  They supported the opening of the Metropolitan Museum of Arts, The American Museum of Natural History, The Jewish Museum, The Museum of Modern Art, and The New York City Ballet.  The firm’s roots are steeped in the highest level of integrity, honesty, quality, and transparency. 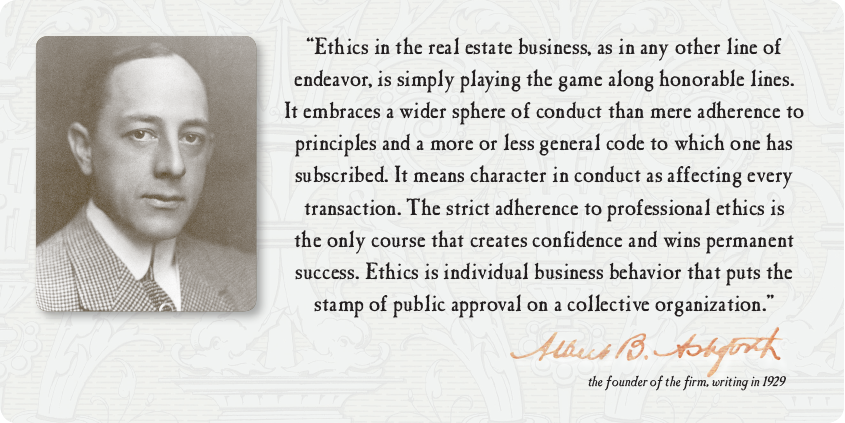 The twenty and twenty-first century brought upon tall luxury buildings and changing architectural tastes.  Today, the Upper East Side is as desirable as ever and developers are capitalizing on the renewed interest in the area with Q train expansion and the new East 90th Ferry Landing providing service to the Bronx, Queens, Roosevelt Island, Wall Street, and Brooklyn. To live across from Central Park, you’ll pay 25% more than every bordering neighborhood as reported by Property Shark. “According to the analysis, the median sale price of units along the first row of blocks across the park was 25 percent more expensive than that of every nearby area. And in the priciest section, the Upper East Side’s Lenox Hill, that rose to a 93 percent difference.”

I wish my clients who recently purchased at Extell’s Kent on 200 East 95th Street have many gatherings with family and friends and create priceless moments and I wish a Happy Anniversary to my clients who live at Related’s Carnegie Park on 200 East 94th Street.

Take in the spirit of the UES…

92nd Street Halloween Block Party
Check out Carnegie Hill’s Halloween Spooktacular block party on East 92nd Street between Park and Madison Avenues. On October 31st the block is closed to traffic between 5 and 6:30 PM for spooky revelry that includes a costume contest and prizes for the best townhouse, best family, best pet, and more.

Steaming Hot Chocolate
La Maison du Chocolate, the Parisian confectioner has set-up a hot-chocolate cart until December 16th from 10 AM to 1 PM that will alternate between its two locations: 1. In front of Surrey Hotel – 20 East 76th Street and 2. La Maison du Chocolate – 1018 Madison Avenue & 78th Street.

The 45 Annual Greenwich Village Halloween Parade always is a spooktacular event to admire the creative puppets, floats, and costumes.  I am always available to provide real estate guidance, discuss market conditions and trends to you or someone you know.  Enjoy trick or treating!

“If you want to become a real New Yorker, there’s only one rule: You have to believe New York is, has been, and always will be the greatest city on earth. The center of the universe.” — Ellen R. Shapiro, author of Relocating to New York and Surrounding Areas

Note: Click on tiles and Hyperlinks for further information

"Karen completely changed my opinion of brokers. She is incredibly professional, mentored us through the process, is formal in a pleasant but warm way, and I’m going to make all of my friends go to... continued"
- Erica & J.B.
View All